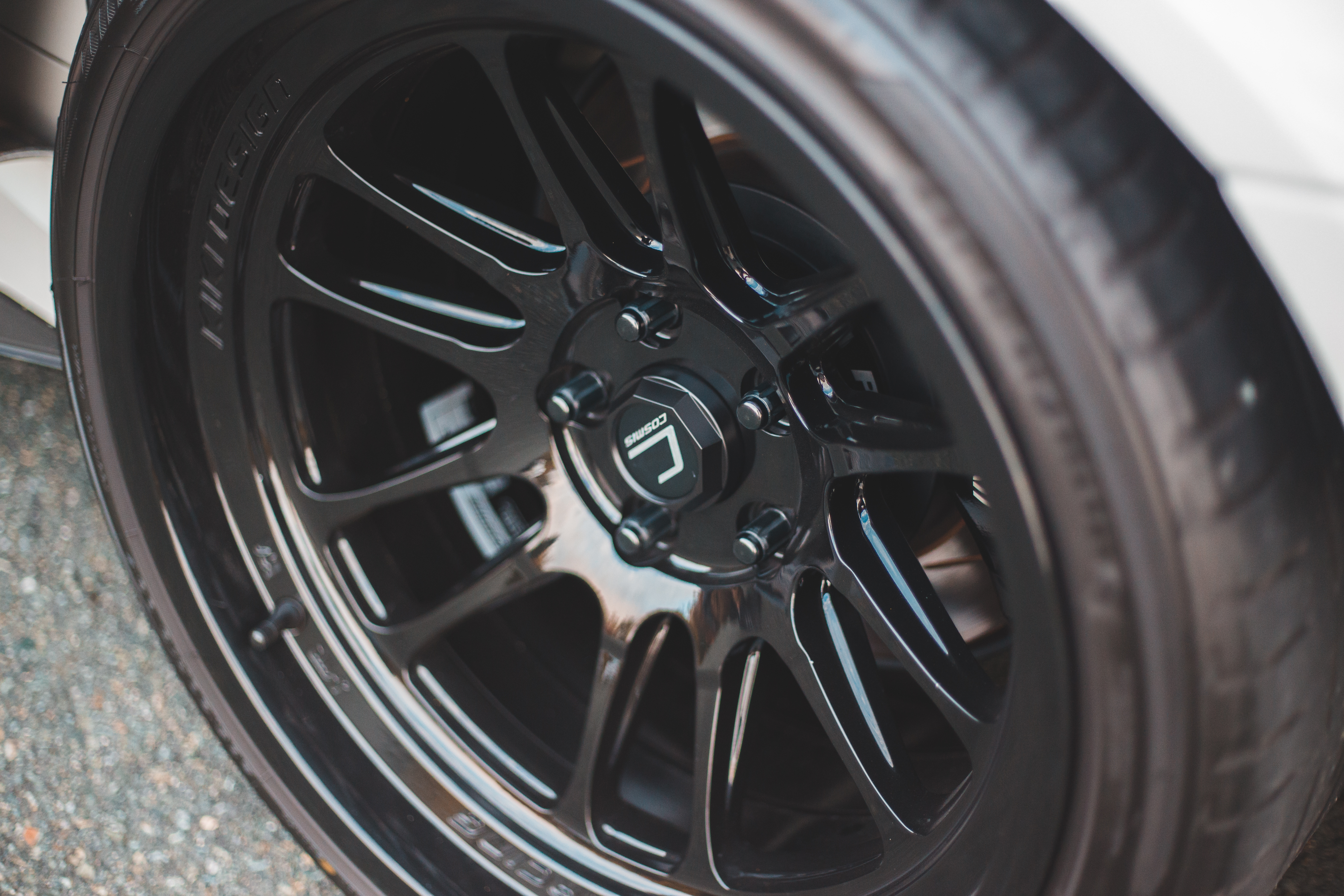 Imagine, if you will, Tinyville, a community of only ten houses. All ten houses were of the same size and style, built at the same time on similar sized lots, using similar architectural drawings and building materials, each with comparable views and amenities, and each sold to its original owner for the same price, $250,000. Assuming that the fair market value of each of these houses was $250,000 (because after a reasonable time that is the price at which sellers and buyers met, without being coerced), the Tinyville tax assessor appraised each property at $250,000, resulting in a total underlying property value of $2.5 million for all of Tinyville.

Like any municipality, Tinyville has expenses: police and fire departments, schools and libraries, water and sewer, sanitation workers, judges and clerks, engineers and inspectors, tax assessors and collectors, civil servants and clerks. To simplify the math, let’s imagine that Tinyville’s annual budget is only $100,000 and that it has no other sources of income (such as parking meters, local sales or income taxes, or hunting/fishing permits). To cover your annual expenses, Tinyville’s tax assessor divides your $100,000 of budgeted expenses (known as total taxes) by each property’s proportionate share of the community’s $2.5 million total assessed value. Dividing $250,000 by $2.5 million means that each house is responsible for 10% of Tinyville’s property tax. Each homeowner (or their mortgage lender) receives a $10,000 tax bill.

For years, everyone is happy in Tinyville. Each of the families have children in Tinyville schools, march in Tinyville parades, and compete in Tinyville Pie Eating Contests. In the natural course of events, two of the original families were more prosperous than others and moved to better housing in Mediumville, one retired to Southville, another transferred to his company’s office in Westville, and one died in a tragic car accident, but his heirs in Bigville did not want to return to the family home. Anyway, five of the houses went on the market and since the market had been good for the past few years, four sold for $300,000…except for the deceased couple’s heirs, they let the house fall apart. in disrepair, stopped mowing and eventually the squatters moved in and started trashing the place. When they finally sold it as a “maintenance special,” they got $150,000 for it.

Before any year’s tax assessment is “final,” it is sent to each owner for review. Each owner has the opportunity to dispute the assessment. The original five homeowners continued to be appraised at a rate commensurate with their $250,000 property value, and knowing that many of their neighbors sold their comparable homes for $300,000, they quietly accepted this appraisal. The four new owners who paid $300,000 each are also appraised at $250,000. Strangely, it is illegal for a municipality to conduct a “spot appraisal” of individual properties, so even though the “fair market value” of those four houses has increased 20% since the last appraisal, they are still appraised at $250,000 each. The tenth house, purchased by the handyman for $150,000, is also appraised at $250,000, but he questions his appraisal. He argues that the fair market value of his house should be based on its recent purchase price, and through the various legal methods available to him, he causes the house to be appraised by $150,000.

Assuming the total tax lien does not change by $100,000, what happens to each owner’s property taxes? Nine of the ten houses are still appraised at $250,000 each, but the last one is now appraised at just $150,000. One might quickly (and incorrectly) guess that houses with unchanged appraised values ​​would have no change to their $10,000 property tax bill, and that the 10th house would pay only $6,000, but that doesn’t add up correctly; Tinyville needs to collect $100,000 in taxes to balance its budget, and this formula only adds up to $96,000. What actually happens is that the denominator also changes. The total assessed value of the Tinyville property is recalculated based on each property’s assessed value and now amounts to just $2.4 million. That means each of the $250,000 homes now accounts for just over 10.4% of the total, and is now responsible for that percentage of the $100,000 lien, increasing each of its assessments to $10,417. The handyman’s $150,000 appraised value represents 6.25% of the total, so he is now responsible for only $6,250 of Tinyville’s tax collection.

Some (including handymen) would argue that the handyman’s house is worth less and therefore should pay less in taxes than his neighbors. Others (including your neighbors) would argue that your house is the same size and shape, occupies the same amount of land, and makes the same demands on Tinyville’s police, fire, schools, libraries, sewer, and other services, and that must pay the same amount as the other houses. Some (including the original five families) would argue that resold homes should be assessed at their new, higher market values, and that the new owners should pay proportionately more taxes. Others (including the four new owners) would argue that the fair market values ​​of their homes (as evidenced by their sales prices) are indicative of the actual fair market value of the five unsold homes, even though those homes have not been been sold. t changed hands recently. These are the kinds of issues that confuse homeowners and plague tax assessors, appraisal review boards, and courts in every municipality, every year.

In a perfect world, when handymen apply for building permits to repair and restore the value of your home, the new value you create for the work you do should bring your tax assessment back in line with other comparable homes. , thus reducing the percentage of its neighbors. of the total tax, as appropriate. Unfortunately, not everyone applies for building permits, and not all projects require building permits. Updating your kitchen appliances improves the value of your home without the need for building permits. Many municipalities do not require a building permit to add a new layer to your roof or to change the tiles in your bathrooms. Of course, there are also homeowners who build attic rooms or lofts over their garages without permits, and not all new home buyers are smart enough to realize that they are paying for such unauthorized improvements. If you complain to the tax assessor that your neighbor has a finished basement without a permit, the tax assessor does not have the same authority as a building inspector to call and demand to see that basement to properly tax them…and not all of them do. A building department inspector is willing to do inspections on an anonymous tip, so you may need to register as the guy who ratted out your neighbor. Consequently, many home improvements are not reflected in tax assessment lists.

Since buying a home in a market downturn gives you the ability to downgrade your tax assessment based on its new apparent fair market value, other homeowners can use your new “fair market value” to argue that your home is comparable. to yours, and that your evaluation should also be reduced. This creates an additional burden for appraisers as they try to determine new values ​​for homes that have not recently sold based on evidence created by comparable homes that have. As more and more homeowners file grievances for their appraisals, the denominator in the municipality’s total assessed value is reduced, increasing the actual tax bills for homes for which appraisals have not been wronged. Naturally, that strengthens the process, prompting more and more homeowners to pay their taxes, creating more and more work for appraisers. However, taken to the unimaginable extreme, in a community where home values ​​have gone down, it may be a few years before all homeowners realize they are being unfairly valued (compared to their neighbors), but ultimately Ultimately, when the last of them finally gets taxed, everyone’s share with the new denominator should be comparable to their share with the original denominator, meaning that everyone, on average, will eventually pay almost as much tax as before. In the intervening years, those who joined first and had the largest and earliest reductions in the assessed value of their homes will reap the greatest benefits in the short term. Some would go so far as to argue that this is fair, like so many other instances in life when the proverbial worm is taken by the early bird.

The chaos and disparity in between, however, cause more work, costing municipalities more in assessments, review boards, and grievance hearings. In the worst case scenario, when complaint processes fail and the courts are left to decide, municipalities have to pay unanticipated refunds to claimed homeowners, reducing their immediate coffers and further increasing tax collections. in subsequent years to offset those losses. For students of economic theory, Keynes would argue that these machinations are a necessary and productive part of the system, employing lawyers who would otherwise earn less; These attorneys rent offices, hire staff, and buy office supplies and, in fact, keep the economy going. Hayek would counter that these legal costs do not enrich the system so much, but instead redirect capital that would have been spent elsewhere, such as the tax savings that allow homeowners to buy new furniture, hire a gardener, or take a vacation. He would view these inefficiencies in the tax determination process as an unnecessary cost that allocated resources in a less than optimal way…and I would tend to agree with him. I don’t know what the solution is, but I know we should try to find a better one.